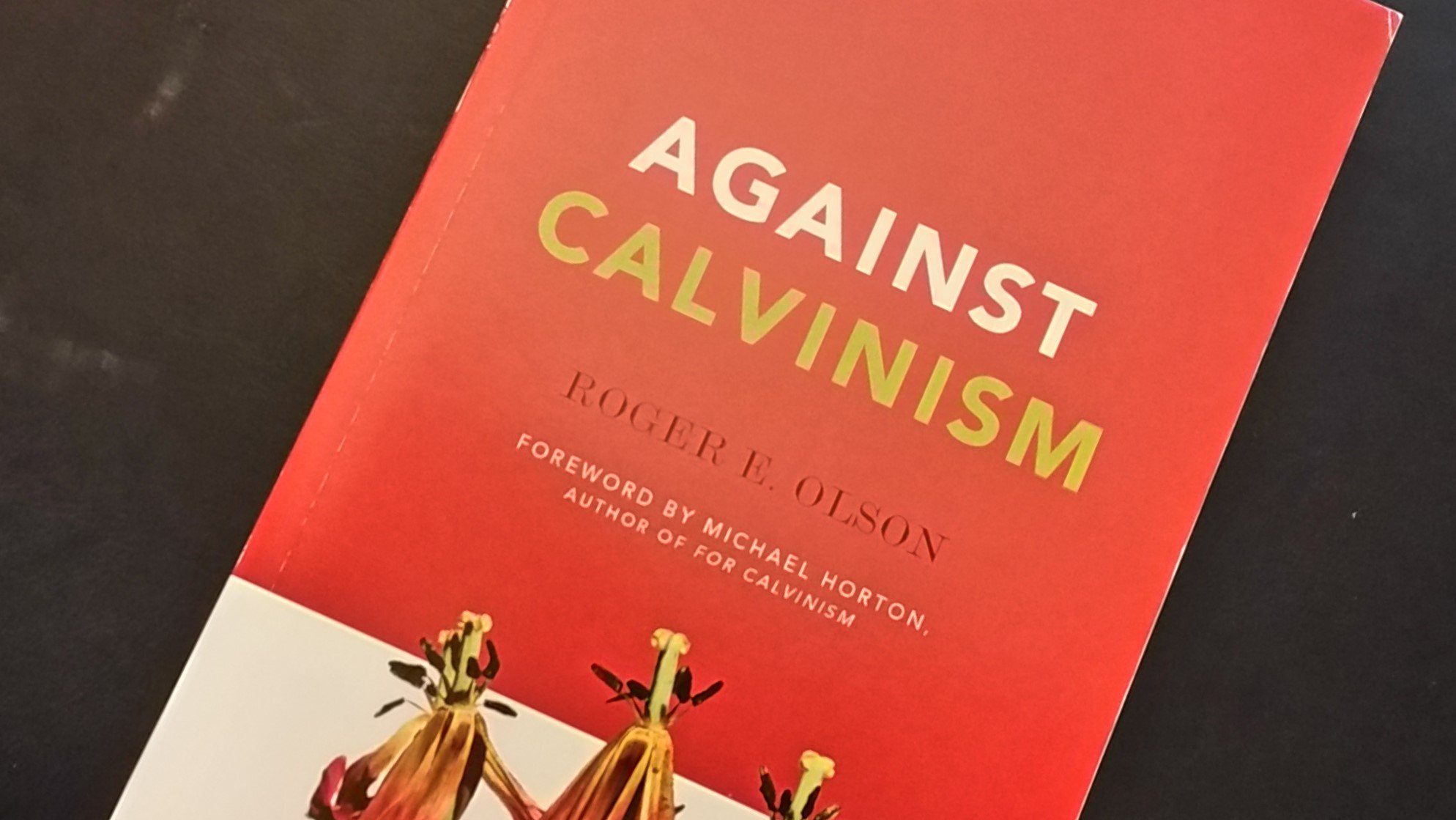 I understand that polemics bring with them many difficulties. As a polemic, Olson’s book inherits all the difficulties of the genre. It can be struggle to similtaneously critique a position while proposing an alternative and maintaining a gracious tone throughout. In the opinion of this reviewer, Olson does not succeed on any of these counts.

Reading this book, after reading “For Calvinism,” I was hoping for a scripturally based explanation of why Calvinism is wrong. instead it was mostly philosophical polemic against Calvinism based on the assumption of Libertarian free will. All of Olson’s arguments concluding that Calvinism diminishes God’s love and goodness presuppose a view of Libertarian free will that has been shown both to be untenable scripturally and philosophically (cf., “Prevenient Grace: An Investigation into Arminianism” by J. Alexander Rutherford; “The Doctrine of God” by John Frame; The Bondage of the Will by Martin Luther; and Freedom of the Will by Jonathan Edwards). Olson interacts with both of the latter books but does not give enough consideration to their arguments. He writes them off as counter to common-sense, assuming without argument that his libertarian view is right (even if “mysterious” [133]).

On the positive side he mostly gives an accurate description of the five points of the TULIP. However, he sets up and dismantles some of the weakest argument for these points I have ever read. He deals mostly with their philosophical defences and rarely interacts with the strong Biblical foundations upon which they are built. An example of this is when Olson deals with Irresistible (Effectual) Grace. He cites Sproul’s argument from “draw” in John 6:44 and focuses on refuting it, ignoring the powerful evidence from John 3 (which he mistakenly assumed, earlier in the book, to support his view of regeneration by a slippery definition of ‘salvation’ that is found throughout the book), John 10, Romans 8:28-39, and elsewhere (cf. my treatment of these passages in Prevenient Grace). He also uses questionable exegesis (giving him the benefit of the doubt; oversights) to support his argument. For example, he cites at least twice Romans 5:8 as teaching that Christ died for all sinners (117, 144). This passage reads; “But God demonstrates His own love toward us, in that while we were yet sinners, Christ died for us” (NASB). Who is this “us” and “we” referred to? In verse one of this chapter Paul writes; “Therefore, having been justified by faith, we have peace with God through our Lord Jesus Christ” (NASB). It is these, those who have been justified (those he wrote Romans to), that he is addressing in v. 8. While those who are now justified were still sinners Jesus Christ came and died for them! For the Calvinist reading Against Calvinism, you will be challenged with some difficult questions, but the lack of evidence from Scripture will leave you more resolved about your initial position. If you are going to read this book read it alongside of “For Calvinism” written by Michael Horton.

Some more general criticism I would make are as follows:

“He asked: ‘If it was revealed to you in a way you couldn’t question or deny that the true God actually is as Calvinism says and rules as Calvinism affirms, would you still worship him?’ I knew the only possible answer without a moment’s thought, even though I knew it would shock many people. I said no, that I would not because I could not. Such a God would be a moral monster. Of course, I realize Calvinists do not think their view of God’s sovereignty makes him a moral monster, but I can only conclude they have not thought it through to its logical conclusion or even taken sufficiently seriously the things they say about God and evil and innocent suffering in the world.”

This site is part of the blog affliate progam of WTS Books and Indigo Books; all links to any of these sites are part of this program.